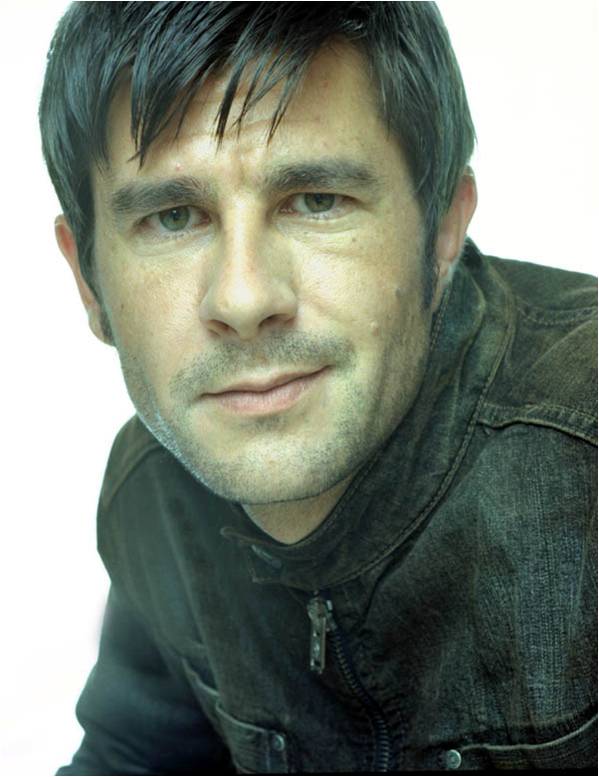 Mozambican born Dino Moran established his name and professional career when creating the famous E.S.P day time roof top sessions in the early 90’s, and has since then held his position as one of Africa’s most internationally influential and respected DJ’s.

A true globetrotter, He has headlined clubs and festivals in 38 countries playing his trademark African infused Deep House and Techno sound

Some career highlights are…

–He has performed for 39 of the worlds presidents including being invited to play at Nelson Mandela’s Birthday and Xmas parties.
-Personal invitation from Alicia Keys to perform live with her at the “Black Ball” in London
– First African DJ to perform on Pete Tongs Essential mix and he also featured live on The BBC Radio 1 Global Millennium broadcast listened to by over 10 Million People,
-Music director of 9 seasons worth of New York Fashion Week including a catwalk music collaboration live at Bryant Park with Grace Jones.
All music for 2011 – 2016 Mercedes Benz AFI Johannesburg ,Cape Town and Africa Fashion Weeks.
-Music producer and director for the past 4 “Mnet Face of Africa” pageants view by over 140 Million people in Africa and Asia.
-28 sets with his Nightclub Theater collaboration show “House of the Holy Afro’ at Edinburgh Festival Scotland
-Closing set at 2009 WOMAD Festival in Adelaide
-Performance at The Life Ball in Vienna alongside SEAL,Elton John and Liza Minelli,
-Common Wealth Games opening ceremony in Melbourne.
-Official FIFA World Cup opening party Cape Town.
– Held a summer season residency at Pacha Ibiza and has also played at most of the Island and the world’s best night clubs including Ministery of Sound, Turnmills, The Cross , Home, Priveledge, Supper Club, Melkweg, Nassimi Beach, Passage and many more.
– Collaborations with well over 100 of the world’s leading DJ’s and performers such as Carl Cox, Sasha, John Digweed, Deep Dish, Steve Lawler, Nic Fanciulli, David Morales and this high profile list goes on and on.

Dino has also supported with many of the world’s most famous recording artists for example Skunk Anansie, Soul 2 Soul, Killers and Seal to name just a few.
– Was the first weekly resident on Roger Goode’s Saturday Night Surgery shows on 5FM a possition which he held for 5 years before hosting his own ver succesful weekly radio show on Good Hope FM called The Nightwatchmen.

His 129 original studio productions have been released on many major international labels like Defected, Perfecto, Pacha, Stereo and Milk & Sugar
In his busy 22 year career Dino has not only learned how to read a crowd like a book but has developed a very clear understanding of how different types of music create strong perceptions of a club, brand or event and goes to great lengths to ensure the style and tempo of music he plays will create the desired public perception of the organisation he is performing for.

He has been commissioned to write original score for M-net, MTN, Vodacom, Nokia, BBC, Puma, Mercedes Benz, Vodacom,Shell and Spar. He is also the preferred music consultant to over 100 of Africa’s top fashion designers who all demand radically different sound tracks to match their collections, a challenge Dino loves as it truly tests his vast experience, music knowledge and library plus keeps him free thinking and open minded.

As testament to his relevance on the international music scene, he is featured in dance music pioneer Danny Rampling’s book “Everything you need to know about DJ’ing and success” Dino is credited as one of the World House music leaders and the book features his top 50 house tracks of all time. This new publication is fast gaining credit as the definitive DJ bible.

In short Dino Moran is one of the true leaders in modern music and believes that his legacy should be created by word of mouth based on hard work,reliability and exceptional performance.

We use cookies on our website to give you the most relevant experience by remembering your preferences and repeat visits. By clicking “Accept All”, you consent to the use of ALL the cookies. However, you may visit "Cookie Settings" to provide a controlled consent. Read More
Cookie SettingsAccept All
Manage consent

This website uses cookies to improve your experience while you navigate through the website. Out of these, the cookies that are categorized as necessary are stored on your browser as they are essential for the working of basic functionalities of the website. We also use third-party cookies that help us analyze and understand how you use this website. These cookies will be stored in your browser only with your consent. You also have the option to opt-out of these cookies. But opting out of some of these cookies may affect your browsing experience.
Necessary Always Enabled

Performance cookies are used to understand and analyze the key performance indexes of the website which helps in delivering a better user experience for the visitors.

Analytical cookies are used to understand how visitors interact with the website. These cookies help provide information on metrics the number of visitors, bounce rate, traffic source, etc.

Advertisement cookies are used to provide visitors with relevant ads and marketing campaigns. These cookies track visitors across websites and collect information to provide customized ads.

Other uncategorized cookies are those that are being analyzed and have not been classified into a category as yet.