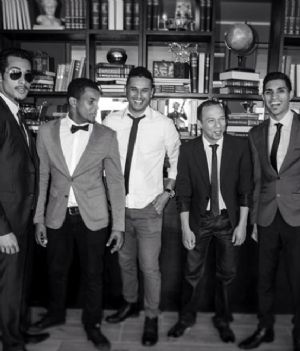 Chasing time is a multi-genre cover band that covers the greatest and latest hits. They started during the month of October 2014 and have been hitting the top live music spots in Cape Town such as Living Rooms Lava lounge, Casa Blanca, The Pizza Shack, The River Club, Jackson Hall and many more. Besides their regular gigs at these places they have been doing an array of other events for corporate clients such as Grand West Casino, Two Oceans events, Pick n Pay, The Community Chest and Media 24. They are well known in Cape Town and are now ready to expand as they are preparing to release their first album and travel around SA. The band covers private events as well such as weddings, birthdays and private parties and will cater to your needs as much as possible.

You can check out their videos and gig guide on facebook:
https://www.facebook.com/ChasingTimeSA‏